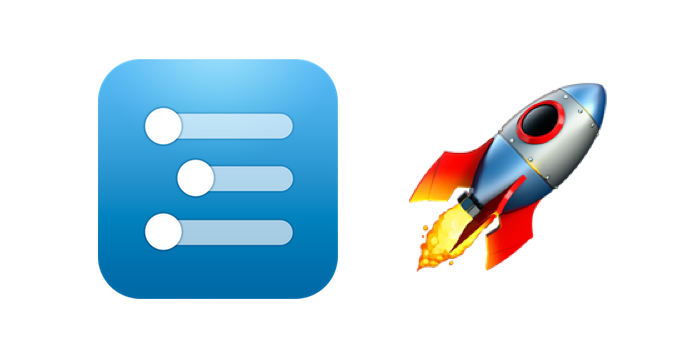 A well-maintained to-do list plays a big role in my productivity (or lack thereof). After trying many different apps on both my computer and phone, I settled on a "bullet journal"-style notebook. Well, it wasn't a bullet journal per se. It was just a notebook with a page for each day and a list of tasks in it. That layout fit my brain perfectly and helped me organize my thoughts and tasks without going insane. It's how I realized what I really needed in a to-do list—whether it were a program or a physical notebook—for it to to not conflict with my thought process or get in my way:

Every to-do app I tried failed to accomplish these four crucial points. Some did, but not quite perfectly. Todoist came closest. I used it for a few weeks, took advantage of filters and most of its features, but then realized that it wasn't for me.

A notebook worked perfectly. It let me structure every single thing the way I liked and never got in my way. It, being an inanimate physical object, literally couldn't do anything to my to-dos. I loved that.

However, it quickly became annoying to maintain. An A5 notebook doesn't fit in my pocket. It doesn't come with an app that's automatically synced with it. It became a hassle to use outside of the house. I'd schedule reminders to add tasks to my notebooks. I had to separately maintain the fountain pens I used. That was clearly not ideal.

What I needed was an online version of my notebook. A simple list of tasks that is not modified in any way except by my own actions. I tried Todoist once more and attempted to match it to my existing workflow as best as I could, but it didn't work.

Enter Workflowy. Workflowy is basically a huge bullet-point list. It's nothing more than that, and that's what makes it brilliant. Just like a notebook, it doesn't mess with my data, doesn't define a structure and force it on me, and doesn't try to do many things as once. It does one thing, and it does it quite well. 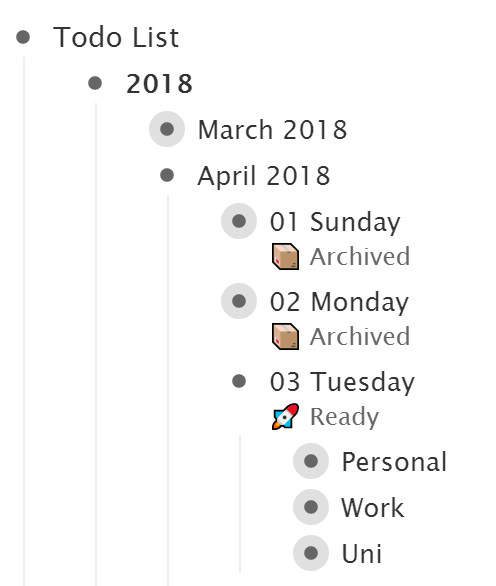 My Workflowy setup is basically a 1:1 copy of my notebook. Each day has its own "page" and tasks are split into the three types I mentioned. I can schedule tasks on future dates if I want to, but I can also just add them to the current day's list and they will always be there until I check them off. I could go back to any day I like and instantly see what tasks I set, which of them I completed that day, and which were snoozed to another day.

With my notebook, I would manually go over the previous day's tasks every morning and move incomplete ones to a day I think would be suitable for them. Of course, I could continue to do the same with Workflowy—but, being a developer, I couldn't help but automate the process.

workflowy-bullet-journal is a small program I wrote that takes care of migrating tasks over for me. It it scheduled to run at 12:02 am every day. It works perfectly because I wrote it, and it acts exactly the way I want and expect it to.

It goes over the previous day's incomplete tasks, copies them over to the current day, and adds a tiny → that serves as a sign that the task was copied. Finally, the days' descriptions are updated with their statuses (🚀 Ready and 📦 Archived).

To end on an insightful note, I'm starting to appreciate functional minimalism and actively look for it. Simplicity is key. Now, off to setting the "Blog about Workflowy" task to "Complete."